After a Front Row Qualifying Effort, Tyler Maxon and Tyler Gonzalez Suffered Electrical Issues Prior to the Green Flag at Sebring 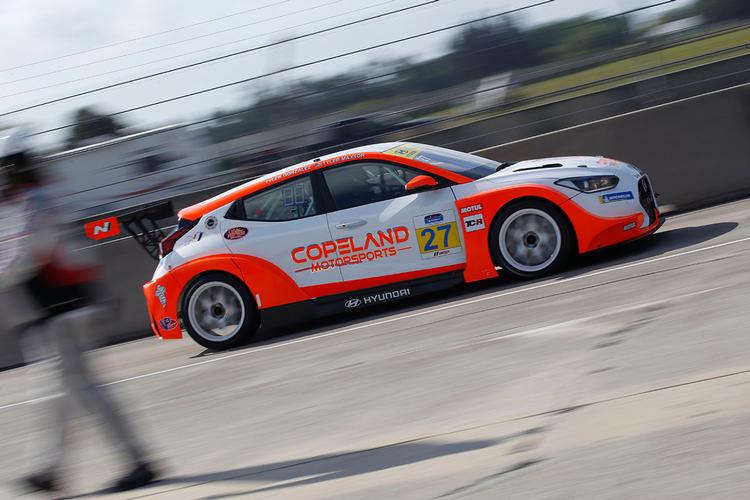 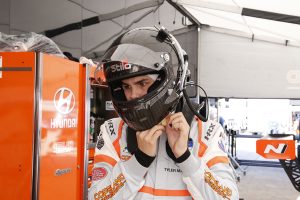 After an issue put them on the sidelines during the first event back in January, Copeland Motorsports and Hyundai Veloster N TCR drivers Tyler Maxson and Tyler Gonzalez returned to the IMSA Michelin Pilot Challenge with a vengeance. Claiming the off pole starting position, the Copeland Motorsports duo were set to begin the race from their strongest starting position since joining the IMSA Michelin Pilot Challenge program.

After showing speed throughout practice, Tyler Gonzalez took the wheel in qualifying and nearly scored his first career IMSA Michelin Pilot Challenge pole position. Topping the charts for much of the session, the #27 entry was poised to secure the inside front row starting position before a last lap burst of speed by a fellow competitor knocked them back to second.

“It was a little disappointing not be on the pole position, but we are on the front row and that is something that we have yet to experience,” explained Tyler Gonzalez. “Our Hyundai Veloster N TCR is fast, and we just need to see what we can do tomorrow in the race.”

Returning to the track on Friday, Gonzalez would be the first driver behind the wheel as he would take the green flag before handing the controls to Maxson later in the race. Unfortunately, the #27 Hyundai Veloster N TCR experienced electrical issues on the grid before the start of the race. Seven laps into the race, with Tyler Gonzalez behind the wheel, the Copeland Motorsports entry began their race. Already significantly behind, the duo entered with a plan to make up as many positions as possible and to use the remainder of the races as a learning experience. With no chance at a strong finish, Maxson and Gonzalez were still able to gain two positions for a 13th place result. 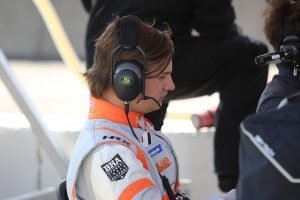 “We have a nagging electrical issue that seems to only come up in the race,” explained Maxson. “It is difficult to have a strong performance only to be hindered before the race on both occasions. We never give up and we will be back. A huge thank you to the Copeland Motorsports crew for all of their hard work and continued support.”

“We have to take the highs from the weekend,” added Dean Copeland. “TnT had the speed to run at the front of the field and qualified well. We will take that with us to our next event and keep building. I just feel so bad for them and all the effort that they put in.”

The Copeland Motorsports crew will have another chance at victory in May when they return with Michelin Pilot Challenge at Mid-Ohio Sports Car Course for the Mid-Ohio 120.