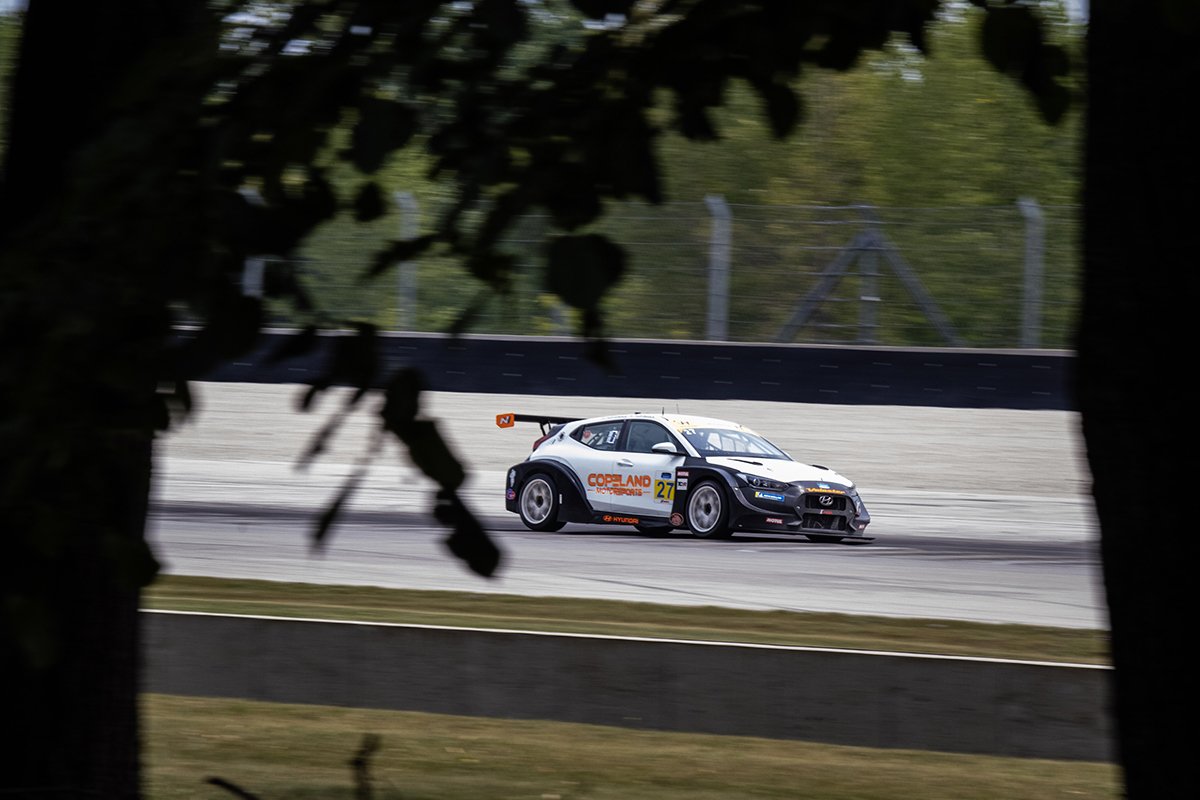 Coming off a podium result at Lime Rock Park a few weeks ago, Tyler Maxson and Tyler Gonzalez were hoping to continue their momentum in the #27 Copeland Motorsports Hyundai Veloster N TCR. Taking on the 4.014-mile Road America facility for the IMSA Michelin Pilot Challenge, the teenage duo was second quick in the opening practice session but ended their weekend with a seventh-place result.

“Definitely a disappointing weekend, especially after earning the pole position and podium result back at Lime Rock Park,” explained Gonzalez. “Early on we felt that we had the speed, but we just missed something from practice two on. We were excited to see the rain come before the race, but never had the track position to capitalize.”

Starting eighth on the grid and staying clean for the first stint, rain continued to fall as Gonzalez handed the wheel over to Tyler Maxson who was able to climb the results order a bit more. Short-pitting for track position and running at the front of the field, a miscue on a pit stop forced an extra stop to correct the issue as the #27 entry fell back to the second position. Looking good for a podium result and with a setup that enjoyed the damp conditions, the team was in trouble when the heavy rain came a little later in the race as they lacked grip and forward bite, thus losing a ton of track time.

“I think we had a decent car, but not a race winning car,” explained Maxson, who anchored the two-hour event. “We lost a position with an extra pit stop and the cautions never fell where we needed them to. Our car was good in the light rain, but once the heavy stuff came, we struggled with grip, and it hindered our overall result. Road America is one of those tracks that you want to win at as it has such a great history, but we just could not get it done today. A huge thanks to Copeland Motorsports and Hyundai for all that they do, and we will begin our work immediately to be on the podium at the next one.”

With only three events remaining on the 2021 Michelin Pilot Challenge calendar, Maxson and Gonzalez will look west to the WeatherTech Raceway Laguna Seca and the Hyundai Monterey Sports Car Championship. Taking place over September 10-12, TnT will be back in the thick of it as they hunt for their first IMSA victory.