Tyler Maxson Returns to the Podium at VIR 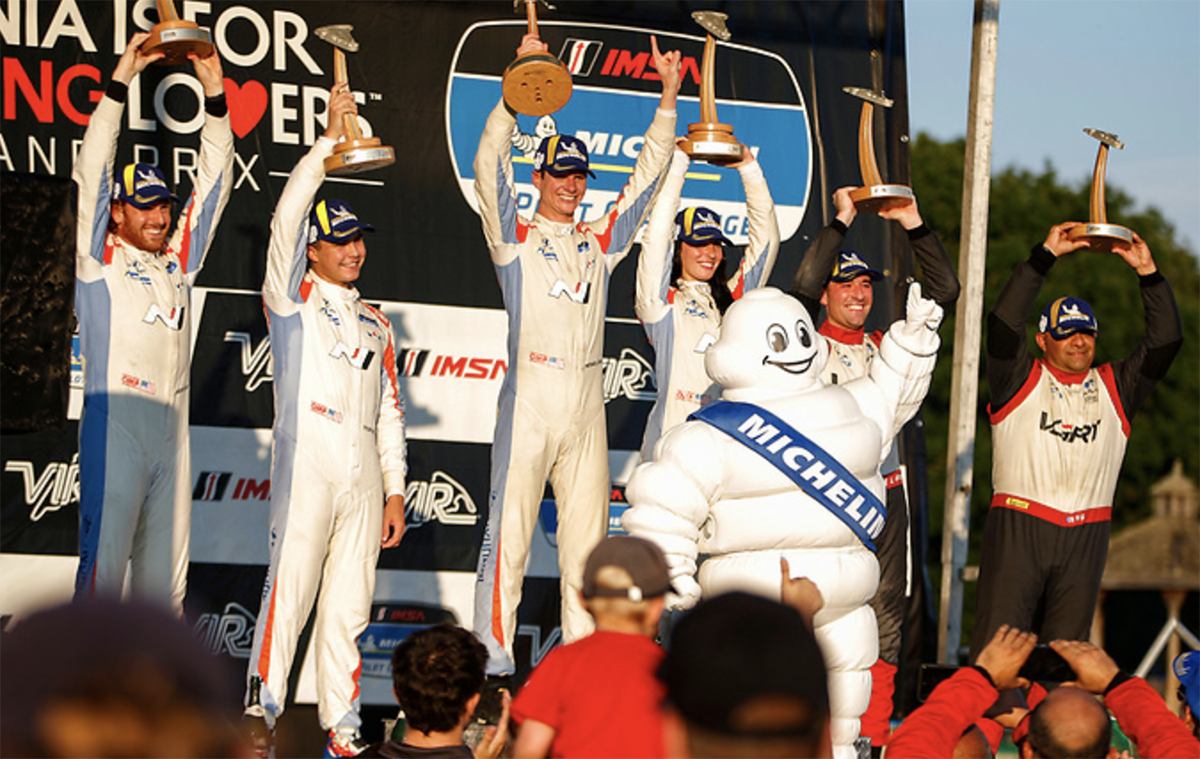 Always a threat at the fast Virginia International Raceway (VIR), Bryan Herta Autosport driver Tyler Maxson and his co-pilot Mason Filippi returned to the podium at the IMSA Michelin Pilot Challenge. Driving a Hyundai Elantra N TCR, the pair qualified in the third position and climbed to the second step of the podium by the time the checkered flag flew.

“It feels great to be back on the podium and celebrate another strong weekend for Bryan Herta Autosport and Hyundai,” said Maxson. “We knew that we had the speed, and we were able to execute today. With the momentum gained this weekend, we will have our sights set high during the year’s final race at Road Atlanta as we want to close the season with a win.”

With a pair of practice sessions on Friday, both Maxson and Filippi took turns behind the wheel getting up to speed and setting up their #77 Elantra. With both drivers happy, it was time for qualifying as Filippi led the charge and took control for the important timed session.

Maxson added, “Mason did a great job qualifying and set us up well for tomorrow’s race. A solid drive to P3 will see us lineup on the inside of row two, and I know we can challenge from there.”

With the qualifying driver required to start the race, Filippi led the field to green for the wheel-to-wheel action. Holding a position in the top-five, Maxson took over the wheel with just over an hour to go and instantly went on the charge forward. Taking advantage of a few caution periods and utilizing his outright speed, Maxson progressively drove forward and into a podium position.

“I started my stint in fourth and had a good battle moving to third early on as I had to not only get by a competitor for a position, but a lapped car as well,” added Maxson. “From there, I was able to push hard to the end and close the gap to the leaders. I moved to third on lap fifty-one and then into second only a few circuits from the end. We had the speed today, and I am confident that we had a winning car. Today’s result is a huge testament to the team for all their hard work and support. Let’s go for the win at Road Atlanta!”

Standing on the podium in the second position, the result matches a career-best for Tyler Maxson in the IMSA Michelin Pilot Challenge program. With one event remaining, Maxson and Filippi hope to reset that statistic with a win next month.

Next stop for the IMSA Michelin Pilot Challenge is the famed Michelin Raceway Road Atlanta for the final stop of the 2022 race season. As part of the Motul Petit Le Mans race weekend, Maxson and Filippi will battle over the dates of September 28 to October 1.